Fig.1 Triaxial Accelerometers are in increasingly common usage with the advent of triaxial based data collectors. The triaxial accelerometer is three single axis accelerometer capsules in a single housing with signals connected by a single connector or single integral cable. Fig.3 The use of a triaxial accelerometer with a through bolt means that the accelerometer XYZ axis can easily, and always be aligned to that of the asset that is being measured. However side exit connections and the bolting down of a sensor are not always ideal for the rapid measurement of 100’s of machines during a typical ’route’. 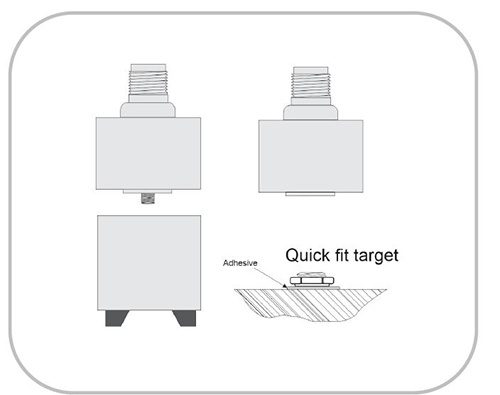 Fig.4 For rapid measurements a quick means of attaching a triaxial accelerometer must be found and where cable management issues are minimized. This is achieved by using a top entry accelerometer, a magnet or a quick fit connection. Fig.6 This is achieved by having a precision machined and threaded adapter that is always mounted to the accelerometer in the same orientation. This is facilitated by the use of an orientation dowel fitted to the base of the top entry accelerometer. Fig.8 The mounting system consisting of: